Transportation of cars by railways

COWERED WAGONS
A covered goods wagon or van (US and Canada: boxcar) is a railway goods wagon which is designed for the transportation of moisture-susceptible goods and therefore fully enclosed by sides and a fixed roof. They are often referred to simply as covered wagons, and this is the term used by the International Union of Railways (UIC). Since the introduction of the international classification for goods wagons by the UIC in the 1960s a distinction has been drawn between ordinary and special covered wagons. Other types of wagon, such as refrigerated vans and goods wagons with opening roofs, are closely related to covered wagons from a design point of view.
Covered 11-270 model wagon

CMGV wagons for transportation of various cargoes. CMGV is one of the biggest wagons produced for use in CIS countries and the Baltic States. The universal covered wagon is of the volume of 120 m3 and this one is of the volume of 250 m3. CMGV wagon is produced of metal, thus providing the cargo with higher protection against atmospheric impact. CMGV wagon can be used for carriage of both bulk light cargoes and special heavy technique.

Car transportersare predominantly used for the delivery of factory-new cars and vans to dealers.

Because cars are a relatively light form of freight, European car transporters have two decks and, despite their great length, only need at most three axles. Where there are three axles, the centre one rests on a swivel and the wagon has an articulated joint in the middle. The cars can be loaded over the joint. These wagons are open as a rule and are thus classified as flat wagons of Class L (see above).

Before the development of these specials, standard open wagons were fitted with a second deck, the end walls were removed and pairs of wagons were permanently coupled in order to be used as car transporters. In Germany in the 1950s their capacity proved no longer sufficient for the transport of the VW Beetle. As a result, engineers at Volkswagen and Deutsche Bundesbahn jointly designed an extra long wagon for the transport of factory-new vehicles. The result was a wagon that could carry ten cars from the factory to the ports for export from 1958 onwards.

The car-carrier wagons used in motorail trains are not classed as goods wagons despite their similar design.

PLATFORM WAGONS
The platform wagons are designed for the movement of types of freight that do not require protection against the elements. The wagons are also ideally suited to the transport of very long or very large items, such as metallurgical products, engineering structures, construction products, tree trunks and road vehicles.
Universal 13-401 model platform wagon 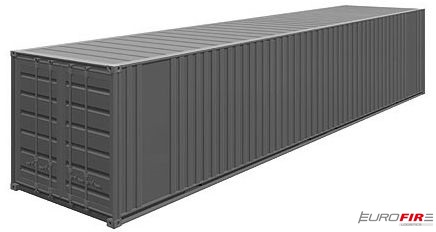